Chapter OneRules
I am studying the half-empty shelf of lunch kits in the school supply aisle at Douglas Bay Drug Mart, trying to decide which one seems the least babyish, when my annoying little sister shrieks behind me.
“Drew! Drew! Look!” Libby says.
I turn around. “What?”
“Doesn’t this look just like Tiny when he was a baby?” She holds up a pencil box with a picture of a bunch of baby animals on the lid. One of them is a caramel coloured rabbit with long ears.
“Kinda,” I say with a shrug. Of course it does, but I don’t want to admit that to her.
“I can get it right, Mommy?” Libby grins up at Mom, giving her the same look she always gives me just before she asks me to do something I just know is going to get us both into a ton of trouble.
“Well, I suppose,” Mom says. “Your old one is looking a bit worn.”
Libby positively beams. She looks like she’s just won a life’s supply of chocolate. “Drew, you should get one, too.”
“I don’t need a pencil box,” I say. As if I’d get a pencil box covered in baby animals anyway, even if one of them does look like Tiny. “I’m starting middle school, remember?” Just saying the words “middle school” puts a giant knot in my stomach. I’m both excited and terrified at the idea of going into grade seven. It doesn’t help that Sam, the girl I met while camping with my grandparents this summer, gave me a bunch of advice about middle school and now I’m more nervous than ever.
“Whatever you do, don’t lose your timetable.”
“Get an upper locker if you can.”
“Don’t get on the vice principal’s bad side.”
“Steer clear of drama.”
I almost wish I’d flunked grade six. But then I’d be stuck in elementary school with my little sister while my friends, Quentin and Tabitha, started middle school without me.

Congratulations to the winners of my Rafflecopter giveaway!

Congratulations Carol L, you are the lucky winner of the paperback copy of The Rabbit Ate My Homework!

Heather B., Connie S., Theresa C., Jo A., and Sandra G., you are winners of the five ebook copies of The Rabbit Ate My Flip-Flops! Congratulations!

Due to technical difficulties, I've ended up with some extra winners. So congratulations to Hope C. and Brandi D.! You are also winners of ebook copies of The Rabbit Ate My Flip-Flops!

I will be emailing the winners today!

Congratulations! And a big thank you to everyone who entered!

Continuing with The Rabbit Ate My Flip-Flops new-release celebrations this week, I'm also participating in the Kidtastic Back-to-School Giveaway. Over thirty fantastic and fun free and $0.99 kids' books are available from September 11 - 15, 2015! Follow this link to see the entire list:

This week, in preparation for the launch of my second book in The Rabbit Ate My . . . Series, The Rabbit Ate My Flip-Flops (September 16th! Mark your calendars!), I'm participating in the Back to School Blog Tour. Check the host site for featured author interviews and links to participating author blogs with behind the scenes posts, back to school memories, and more. Plus your chance to win books and prizes! 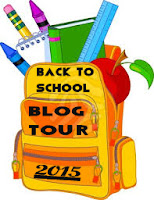 Look what I found on Amazon! The Rabbit Ate My Flip-Flops is now available for Kindle! 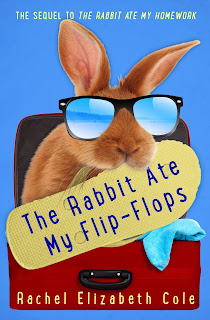 The Seven Best Things About September

My favourite month out of the whole year is September. And here are the seven best reasons why!

Few things can surpass the beauty of leaves in late September in their array of gold, and orange, and red. 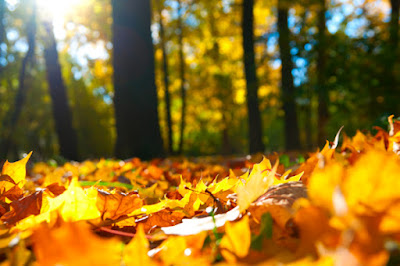