How to Cook Up a Disaster: Sneak Peek!

Yes, my dear readers, today is your lucky day. I'm giving you a sneak peek at the first 5 pages of my upcoming chick-lit/romantic comedy novelette, How to Cook Up a Disaster. Now available on Amazon US and Amazon UK!

How to Cook Up a Disaster
1
If I’d known what was in store for me that day, I would have convinced Mom to order take-out, locked the cat on the porch and never, ever allowed my father in the same room as my Aunt Ginny. But, being the dutiful daughter I was, I took the bus to Mom’s place that morning, prepared to bake and roast and decorate and otherwise make Grampy Joe’s one-hundredth birthday party the best it could be.

Mom greeted me at the door, her blonde hair pinned back in a youthful hairstyle that actually seemed to make her look older, her beach ball-sized belly poking out from under the words ‘Kiss the Cook’ emblazoned on the front of her apron.

“Hi, Sweetie,” she said and planted a token kiss on my cheek.


“How’s the baby?” I asked, trying to keep my tone light. The baby had been a sore spot between my mother and me since she’d announced she was pregnant just shortly after her forty-fourth birthday, claiming with a laugh that if my brothers and I weren’t going to come through with the grandchildren, this was the next best thing.  That’s right. Who needs grandchildren when you can simply divorce your husband of 19 years, marry a guy ten years younger, and start a whole new family? I pasted what I hoped was a convincing smile on my face.

“Fine, fine.” She patted her belly and smiled. “She’s been boxing with my insides these last few days. I think she wants out, but she’s got to wait another two weeks.”


Mom was determined the baby was a she, even though she refused to let the technician verify the sex at any of her three ultrasounds.

I unwound my scarf from my neck. “So where’s this cake I’m supposed to ice?”

Mom flashed me a smile that was part sympathy, part malicious grin, and led me into the kitchen. The countertops were already cluttered with dirty pots, assorted utensils, mixing bowls, turkey-stuffing ingredients and four empty boxes of cake mix. A huge slab of white cake was lying benignly on the table in the adjoining nook, looking quite naked without its icing.

“There you go,” Mom said and stuck a huge mixing bowl full of butter icing under my nose. “Have at it.”

An hour and a half later, my back was aching, my hands were sore, I had more icing on my clothes and in my hair than on the cake, and I still wasn’t finished. Just getting the icing smooth had taken forever. Piping the scalloped border around the top had taken even longer. By the time I’d got to the inscription, my hands were shaking so badly, I’d ended up writing something that looked more like ‘Hoppy 100th Barfday Grumpy Joe.’ I’d added a few squiggles and curlicues, in the hopes of salvaging it, but who was I kidding? A preschooler with finger paints could’ve done better.

“Almost done?” Mom removed a pile of baking sheets and roasting pans from the oven, then turned the dial to set the temperature.

“Hardly.” I rolled my eyes. “You don’t suppose the fire alarm will go off when all these candles are lit, do you?” I’d lost count at 57, but kept right on stabbing gold-and-white birthday candles in a neat row around the top of the cake.

“With our luck, I wouldn’t be the least—oh!” Mom clutched at her stomach.

“What? What’s wrong?” I asked, fearing she’d burnt herself or worse--though I didn’t want to think about what ‘worse’ could be.

“I think . . . I think I’m going into labour,” she said, her blue eyes round as dinner plates.

No sooner were the words out of her mouth, than she clutched her stomach and groaned again.

“Relax, Sadie.” Mom smiled, though she looked pale. “It could still be hours before the baby comes. Let’s just concentrate on organizing this party.”

“No buts! I’ve done this whole labour and delivery thing more than once, you know. It’s probably just false labour anyway. I’ve had contractions off and on all week. Now, hurry up with the cake. We need to get the turkey in the oven. I don’t want to disappoint Grampy.”

Yet, within the hour, Mom was on the couch in the living room with contractions two minutes apart, and I was on the phone to Danny, telling him to get the hell home and take his wife to the damn hospital.

“Be there in a jiff!” he promised.

Twenty minutes later, Danny still hadn’t shown up and Mom looked like she was getting desperate.

Now more than ever I wished I’d got my driver’s license at sixteen so I didn't have to rely on public transit. But just the thought of getting behind the wheel made me want to hyperventilate. Not after that episode with the one and only parked car in the mall parking lot the day I got my learner’s permit. I set the suitcase I’d just finished packing for Mom by the front door and peered out the window, willing Danny’s truck to turn into the empty street. “Where do you think he is?”

Mom didn’t say anything. She was too busy hee-hee-hee-ho-ing through another contraction. I swallowed hard and prayed Danny would show up to rescue Mom—and me—soon.

“I don’t know,” she said through gritted teeth. “But if he isn’t here soon, I’m going to kill him.” She flopped back on the couch and groaned. “God, here comes another one.”

In the kitchen, the phone rang. I ran to grab it, nearly trodding on Minx, Mom’s black exotic shorthair, in the process. She yowled and zipped under the kitchen table, where she crouched, blinking her bright yellow eyes at me with all the indignation only cats can muster. I yanked the phone from its cradle. “Hello?”

“Tell your mom I’ll get there as soon as I can,” Danny shouted at the other end of the line over the sound of horns honking.

“About half-an-hour away. Provided the traffic moves.”

“I don’t know if she’ll last another half-hour,” I said. Right on cue, Mom let out a loud moan in the living room. “Can’t you drive any faster?”

“Sadie, I’m not driving anywhere. The traffic’s bumper to bumper.”

I swallowed hard. I just knew this would happen. I was going to have to deliver this baby. “Oh God,” I moaned.

“Look, call an ambulance. I’ll just have to meet them at the hospital.”

An ambulance? I was rescued. “Just hurry,” I said, already hanging up to dial . 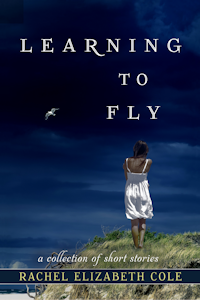 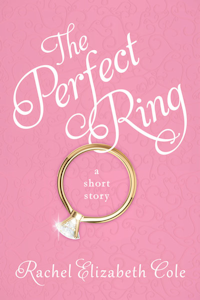